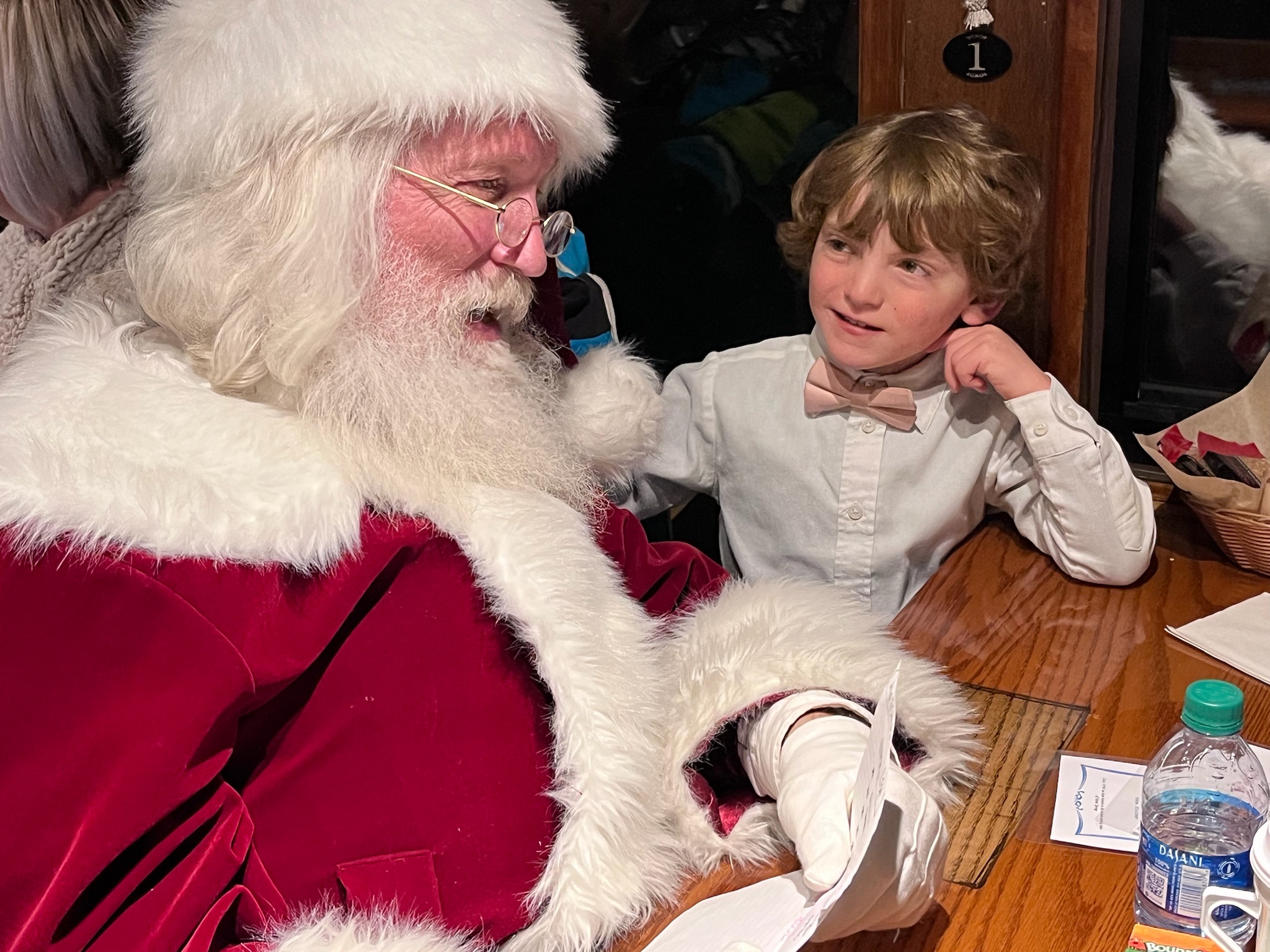 Dear Eartha, Santa flies around the world in one night – wouldn’t that generate a pretty big carbon footprint?

Just like Buddy the elf says, the best way to spread Christmas cheer is … talking about climate change! I might have taken a few liberties with that quote, but I promise I’m not about to “bah humbug” all over the holiday season. After all, Eartha might be green, but she’s no Grinch. So, what is Santa’s carbon sleigh-print? And what about the holidays in general? Pour yourself a cup of cocoa, get cozy, and let’s find out.

Coal is for stockings, not sleighs

According to an analysis by Popular Science, Santa travels 122 million miles in a night. That’s a lot of miles, but it pales in comparison to the driving we Americans do each year. In fact, last year we collectively drove 3.2 trillion miles. And Santa has the benefit of captaining a sleigh powered by reindeer and magic — not fossil fuels.

What about the reindeer themselves? Another study figured that a team of arctic reindeer would produce 40,668 metric tons of carbon pollution during this Yuletide circumnavigation, mostly by burping. The average American has a carbon footprint of about 15 metric tons per year, so those reindeer generate the same emissions as 2,700 of us — roughly the population of Frisco.

All I want for Christmas is…

Setting aside speculation about how Santa could possibly travel 122 million miles in a single evening – multiple time zones and magical reindeer notwithstanding — what these analyses show is that the biggest climate impact of the holiday season doesn’t come from Kris Kringle’s ridiculous travel itinerary. Instead, it’s us.

During the week between Christmas and New Year’s, consumption of food, energy, gifts, and travel can result in up to 1,400 pounds of greenhouse gas emissions per person — that’s nearly 4% of an individual’s annual carbon footprint in just a few days. Aside from all the delectable holiday goodies, where do those extra pounds come from?

If there’s one thing the holiday classics teach us, it’s that what really matters are generosity, love and togetherness. After the Grinch’s heart grew a few sizes, he realized that “Christmas … doesn’t come from a store. Maybe Christmas … means a little bit more!” So, no matter what holiday you celebrate this time of year, may we all remember that what binds us together isn’t stuff, but is, actually, love.