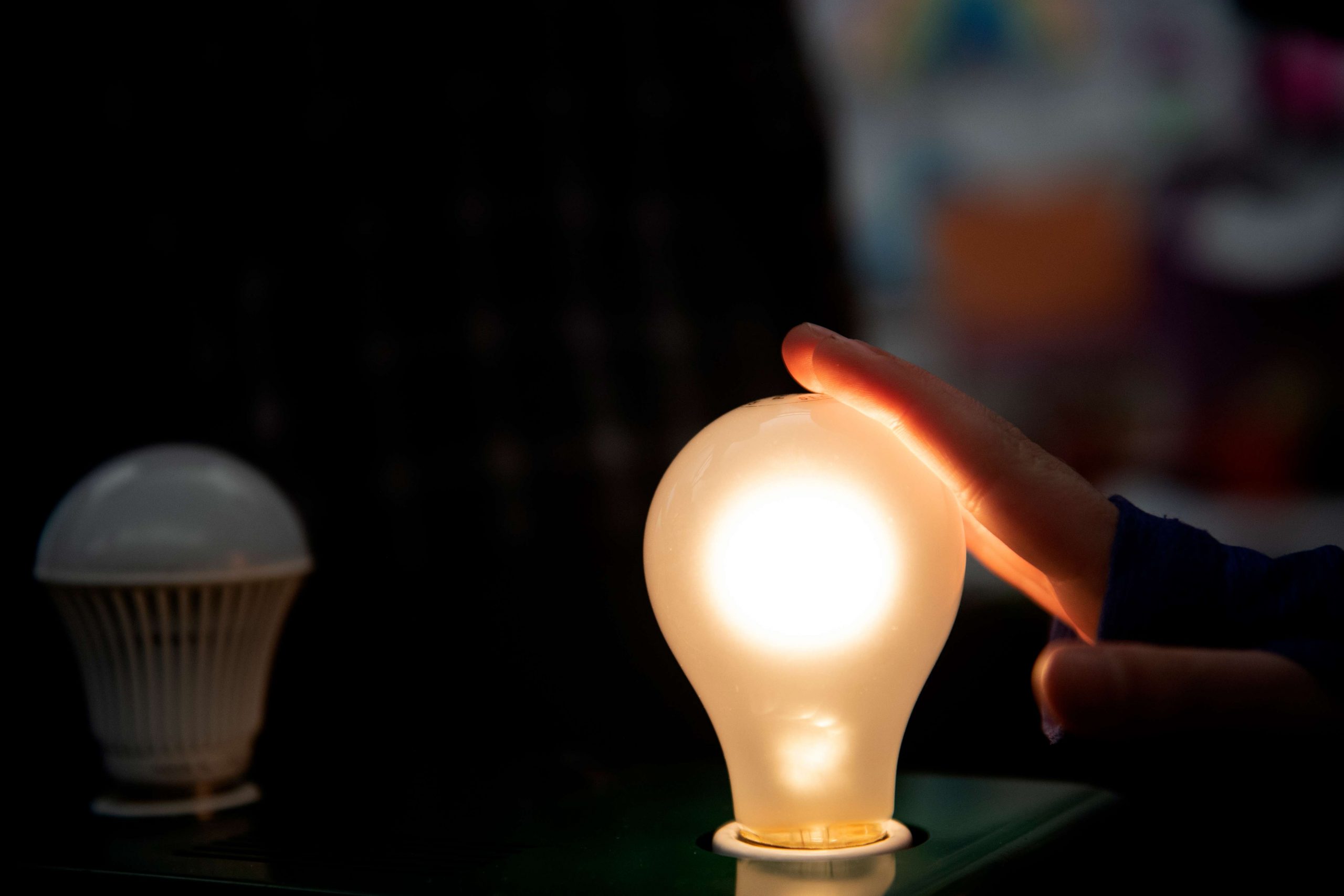 Dear Eartha, I heard a rumor that certain types of lightbulbs are going to be banned soon. What gives?

You heard right! Starting in 2023, incandescent lightbulbs will be banned in the United States. And it is for good reason because not all lightbulbs work as efficiently as others. While all lightbulbs share the same function — lighting up the dark — some use more energy than others to do so. In fact, the U.S. Department of Energy estimates that lighting accounts for upwards of 15% of your home’s energy use. We all know that energy isn’t free, so investing in energy-efficient lighting can make a noticeable difference in your utility bill.

But which type of lightbulb reigns supreme? Read on for an explainer on different types of lightbulbs and why LEDs are still the preferred choice for energy — and money — savings.

There are four common types of lightbulbs: incandescent, halogen, fluorescent and LED.

The oldest lightbulbs are incandescent bulbs. Invented in the 19th century, incandescent lightbulbs are known for their warmth. They produce light by electrically heating a metal filament until it glows. However, 90% of the energy used to power an incandescent bulb is lost as waste heat, which is not what a lightbulb is designed for. After all, it’s a lightbulb, not a heat bulb. Additionally, these lightbulbs only last up to 1,000 hours, meaning they need replacing pretty often. For homes and businesses that have a lot of lighting, that can be a time-consuming chore.

The 20th century brought fluorescent lightbulbs to the scene. Unlike incandescent bulbs, fluorescents don’t have wire filaments. Instead, a glass tube is coated on the inside with phosphor powder and filled with small amounts of mercury and inert gas. Electricity flowing through these gases creates a chemical reaction that produces visible white light.

Finally, the latest and greatest lighting technology is the LED or light-emitting diode. LEDs use a semiconductor to convert electricity into light, requiring 90% less energy than an incandescent bulb. This makes LEDs the most energy-efficient lightbulb on the market. I’ve heard folks say they don’t like LEDs because the light is too bright, but that’s no longer true. These days, LEDs come in many different shapes, sizes and color temperatures so you can create a warm and inviting living room or install brighter lights in your office. Because they last so long, LEDs are a huge help for hard-to-reach fixtures in your home and for businesses looking to reduce maintenance time and energy costs.

How much do LEDs save compared to ye old incandescent lighting? Once again pulling from Department of Energy statistics, the average U.S. household could save about $225 per year by using LED lighting. Want to give LED lighting a try? High Country Conservation Center is giving away free LED lighting kits to residents to help you start saving energy and money. Pick up yours during normal work hours at the center’s office at 737 Ten Mile Drive in Frisco.

For businesses and homeowner associations, LED conversion projects often have remarkably short payback periods while providing better lighting for your space. Not sure where to start? Join the center for a free Lunch ‘N’ Learn presentation at HighSide Brewing on July 13 from 11:30 a.m. to 12:30 p.m. Attendees will learn about indoor and outdoor lighting options as well as rebates to help pay for upgrades. For more information and to RSVP, visit HighCountryConservation.org.

Ask Eartha: What are options for solar in Summit County?

Ask Eartha: How can I get my kids to be environmental stewards?

Ask Eartha: How can I be more environmentally conscious this holiday season?

Ask Eartha: How and why can thermostats help me save big?