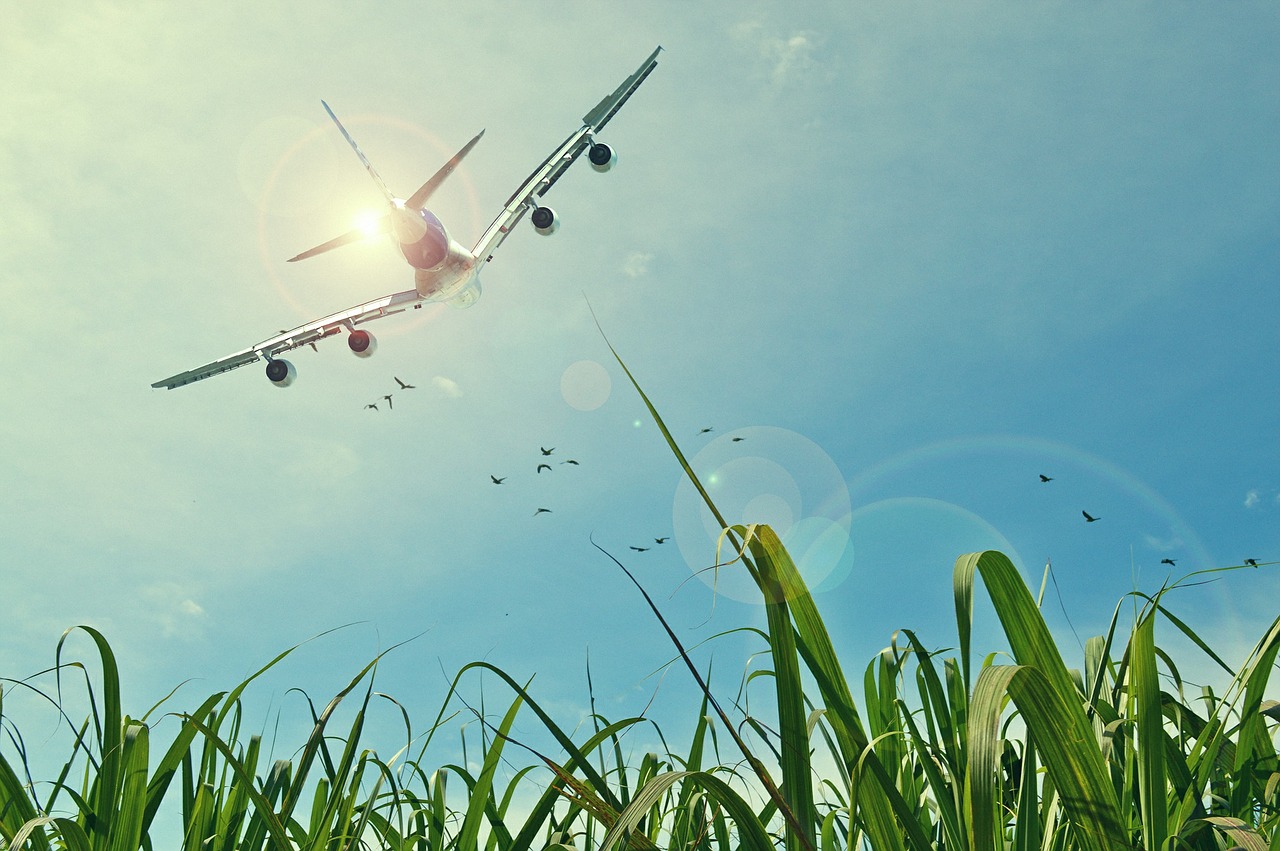 Dear Eartha, I am concerned about climate change, but I also love to travel. Do I need to give up flying to protect the planet?

Flygskam – it’s a newly coined Swedish word for “flight shame,” which is a movement that started trending a few years ago in Europe. Folks concerned about climate change decided to reduce the amount they fly – or stop flying altogether – and shamed others into following suit. But using shame as a carbon reduction strategy is a controversial tactic. Opting not to fly is a deeply personal decision, one that may not be practical for everyone. Moreover, traveling to new places has known psychological benefits. And many of us live far from our families, making this an ethical quagmire. So, let’s start by taking a look at the bigger picture.

Recently a number of celebrities have come under intense scrutiny for excessive private jet usage. The top offender was Taylor Swift’s jet, which has logged 170 flights just since January. That’s a lot of carbon, and it’s certainly more than most of us are flying.

In fact, the results of a 2017 survey on flight habits showed that for the average American, flying isn’t a significant part of our carbon footprints. Instead, just 12 percent of the U.S. population accounts for nearly 70 percent of all flights. The International Council on Clean Transportation (ICCT) reports that for Americans who fly five or fewer times each year, aviation makes up just 3 percent of their carbon footprints.

Now, this doesn’t mean that we should all run out and fly more. For one, at 15 metric tons per year, Americans’ carbon emissions per capita are way higher than the global average of just 4.5 tons. That’s pretty astounding.

So, if you’re one of those people who takes more than six trips a year, you’d be doing us all a favor by intentionally traveling less. For the rest of us, there are ways to lessen the impacts of the limited traveling we do. We can fly economy – cramming more people into a small space is a great way to maximize fuel use; we can choose to fly with companies focused on fuel-efficiency; we can fly direct as often as possible; we can use public transportation when we travel…I could go on.

What’s really interesting is diving into the future of sustainable aviation. Lots of major players, including the U.S. Department of Energy, NASA, aviation industry groups, and large airlines are researching and investing in developing jet fuels made from plants. Just this past December, United flew the world’s first passenger flight powered by 100 percent sustainable aviation fuel.

Head in the Clouds

As a climate activist, it’s hard to square my love of overseas travel (and croissants) with the understanding that the climate crisis is real and – hello, a crisis. In fact, while I’m hiking in the Alps this month, several iconic mountains are closed because the unprecedented heat in Europe is making classic climbing routes too dangerous.

Michael E. Mann, a renowned climate scientist from Penn State, says that if we rely on individual lifestyle change alone, we’ll never solve the climate crisis. That’s not to say your individual action isn’t important – it is! How we use energy, who we vote for, what we eat, the stuff we buy, the cars we drive – it all matters. And these choices must be coupled with system change – weaning society off our dependence on fossil fuels, so that everyone’s carbon footprint is smaller, whether or not they care about climate change.

So, what then? Well, I’m going to take my trip, use public transportation the entire time I’m there, enjoy locally produced wine and cheese, offset the emissions from my flight, and keep working for systemic change once I’m back.

Ask Eartha: What is the deal with planned obsolescence?

Ask Eartha: What can I do with household hazardous waste?

Ask Eartha: DIY home energy improvements you can do before winter

Ask Eartha: How can I take steps to reduce food waste?