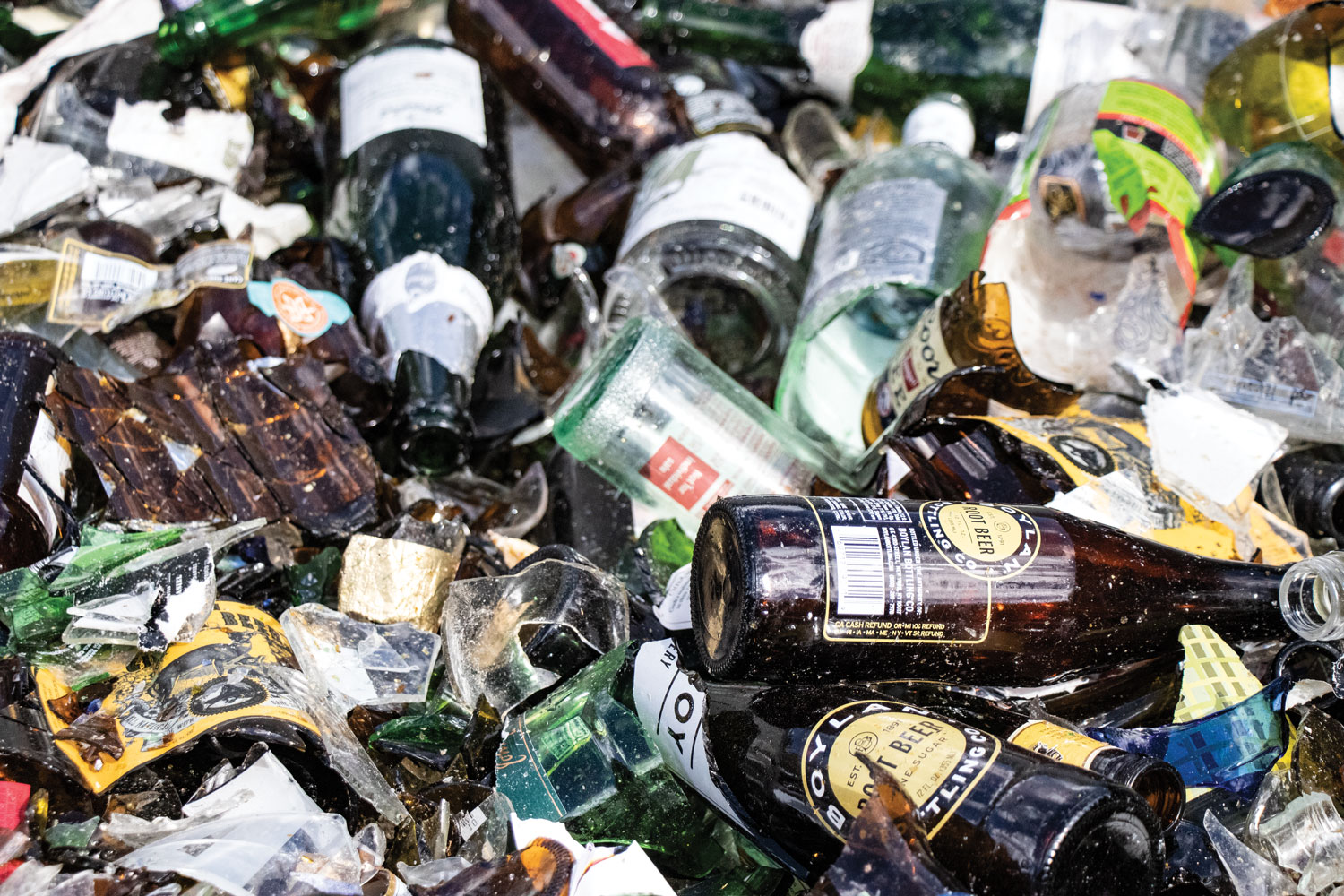 Dear Eartha, I’ve seen some of the new glass recycling stations around town, and I don’t really understand the purpose. Why wouldn’t people just drop off their glass when they’re at a recycling center?

Make no mistake, residents can still drop off glass at the Breckenridge, Dillon and Frisco Recycling Centers. But there’s more than one way to recycle here in Summit County. The short answer to your question is this: For residents who use single stream, also called curbside recycling, the stations are a convenient way to recycle glass, a highly valuable material that’s given a new life right here in Colorado.

After all, glass is not accepted in single stream. Why? Let’s dive in.

No glass in single-stream

Single stream recycling is a paid service, typically provided by the same company that picks up your trash. All recyclables – except glass – go into the same bin. There’s no need for multiple bins or sorting out each plastic bottle, cereal box, newspaper, cardboard box, soda can…the list goes on.

After your single stream recycling gets picked up, it goes to the Summit County Resource Allocation Park, where it’s smashed into a big block called a bale. Once there’s a full truckload of bales, it all gets transported to Denver for further sorting and sale.

Can you imagine a glass bottle’s fate in a such a scenario? You guessed it: shattered. All those tiny, barely-visible slivers of glass get lodged into cereal boxes, newspapers, cardboard boxes, you get the idea. That makes everything in the bale difficult to recycle, and the cost of recycling it all – if it’s even an option given the glass contamination – increases dramatically.

By separating them, glass bottles (and all the other items in the single stream bin) hold more value and, most importantly, actually get recycled. Neighborhood glass stations make it a whole heck of a lot easier for anyone with single stream to recycle their glass containers. 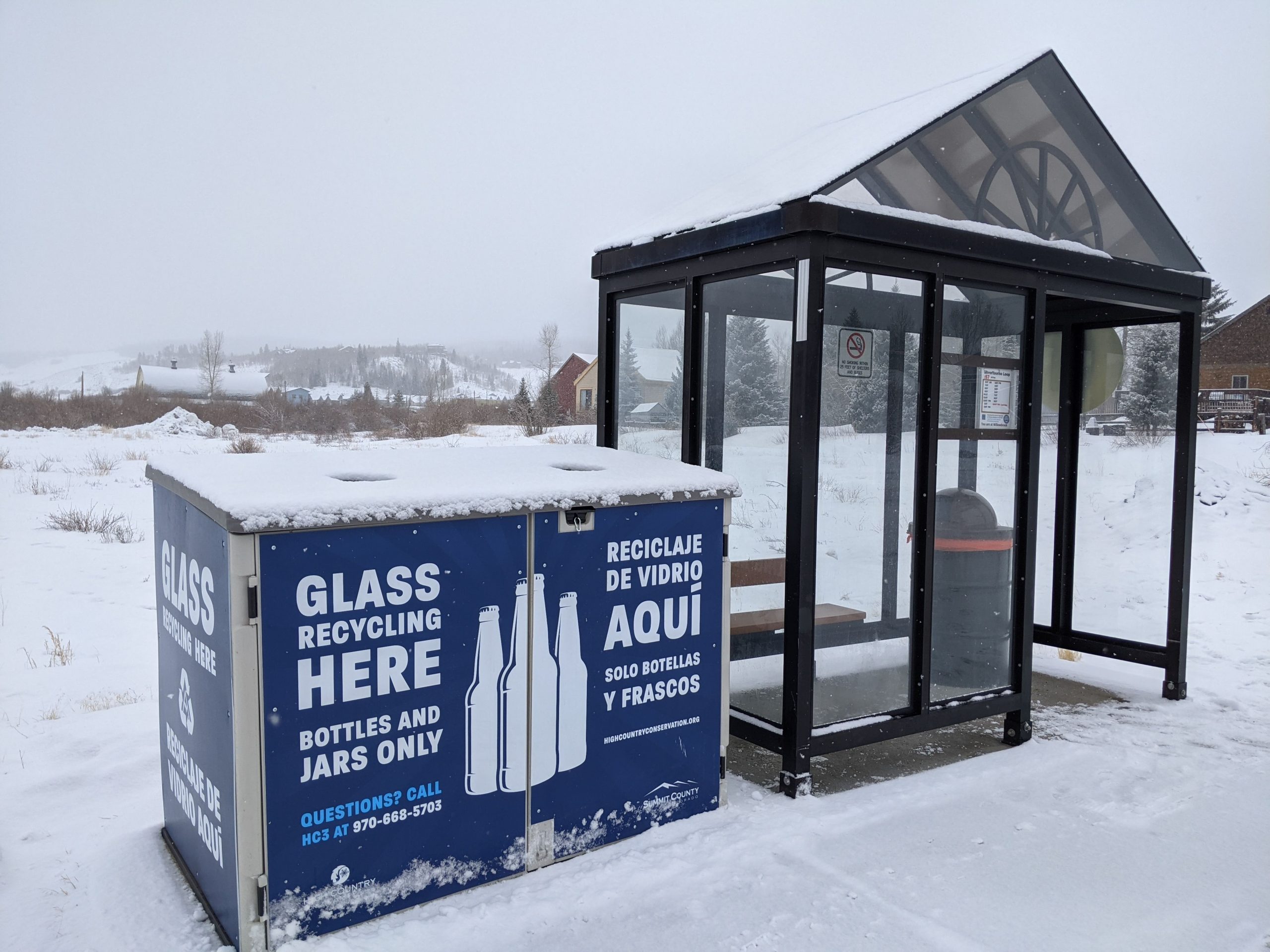 From those neighborhood stations, a company called Clear Intentions hauls all your glass to the Front Range, where it’s recycled and returned to store shelves in just 30 days.

Why glass, why now?

When it comes to the big picture of recycling in Summit County, we recycle and compost just 20 percent of our waste – the rest ends up in the landfill. To give you some perspective, both the state and the national diversion rates are 35 percent. Because of this gap – and the fact that landfills have limited space – the Summit County community created a goal to reach 40 percent diversion by 2035. In short, we’ve all got work to do! 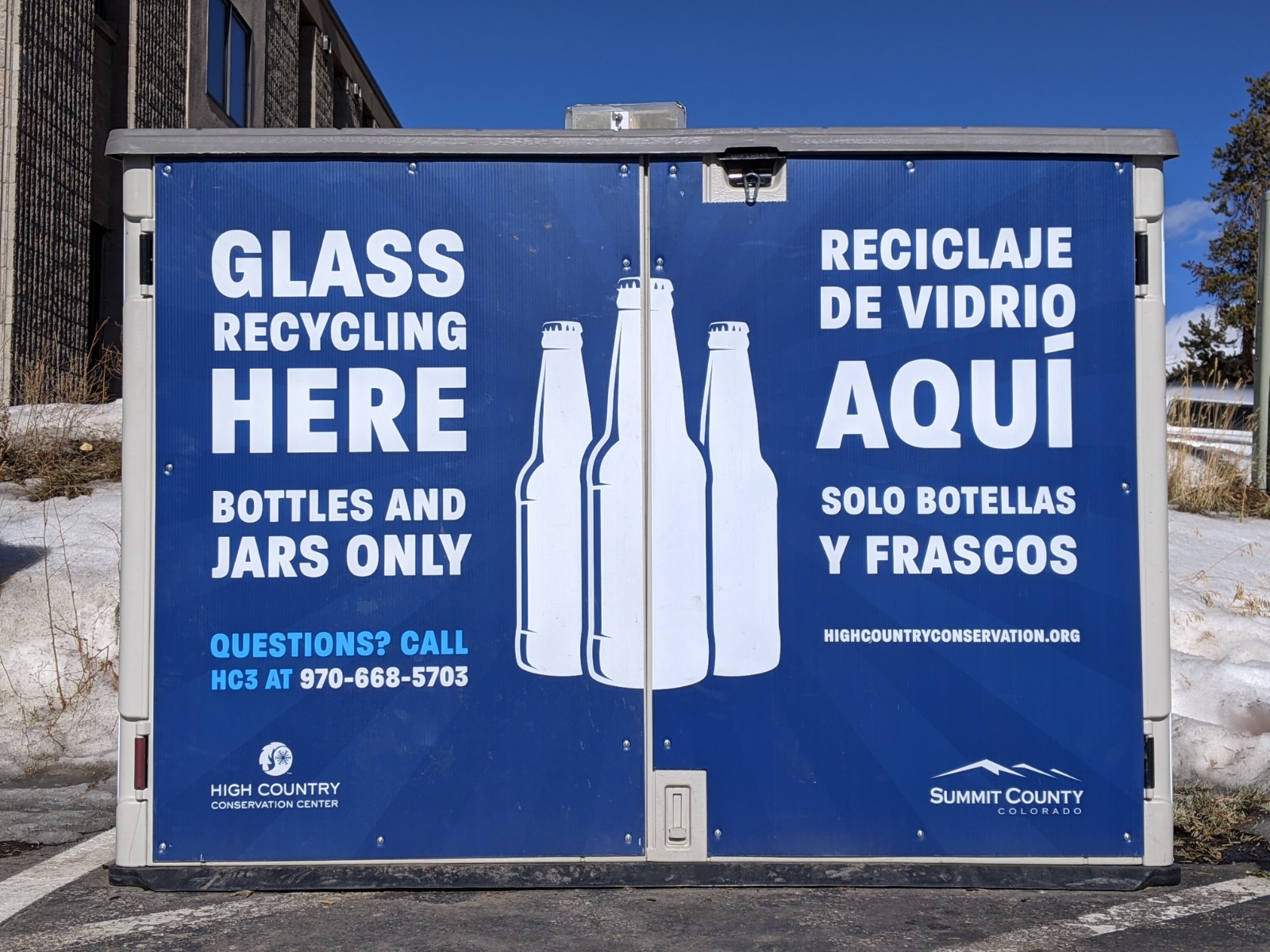 Thankfully, dedicated community members – and you, the voters – already did some heavy lifting. I’m talking about the Strong Future Initiative. Passed in November 2018, the ballot measure provides $1.7 million annually, for 10 years, to fund new and existing recycling programs. It’s the reason we still have recycling programs in a time when many communities have scaled back or eliminated recycling. It’s also the reason we have no-fee carton, mattress, food scrap, and now, glass station recycling.

Of all the different recyclables to target with neighborhood recycling stations, glass made the most sense because it’s not accepted in single stream, and it has huge potential to increase our diversion rate. After all, diversion is measured in weight, and glass is heavy.

The new glass stations couldn’t have come sooner. According to a study done at the Summit County landfill this summer, we’re still throwing away a lot of glass, and we’re also putting glass in single stream, where it ultimately ends up as trash. In addition to the seven new stations, existing stations are already available in Breckenridge and at Whole Foods in Frisco. More are expected to pop up later this year.

Ask Eartha: Bring Your Reusable Coffee Cup Instead of Disposable