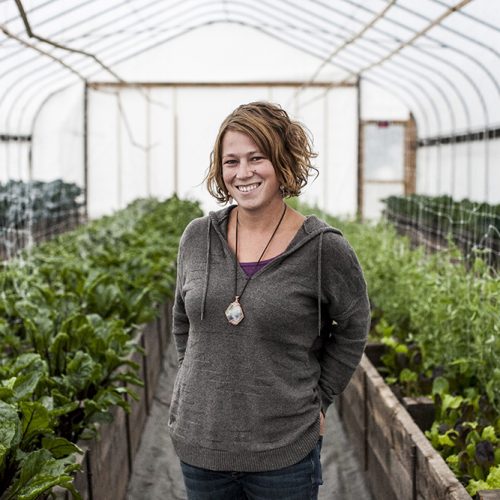 kyla.laplante@gmail.com
Kyla Laplante became the Summit CSA farmer in 2012 and formed a partnership with the High Country Conservation Center the following year. Prior to her involvement with the CSA, she volunteered at a non-profit and women’s co-op in northern Nicaragua where she worked on a sustainable food and permaculture project, establishing a garden nursery for an off-the-grid solar restaurant. When she returned, she became a member of the county’s Food Policy Council, during which time she helped found and launch the CSA. She then earned Colorado’s Master Composter and Master Gardener certificates. She has a B.S. in Environmental Science from the University of New England and grew up in a remote farming community in northern Maine. She’s been in Summit for over 10 years and enjoys skiing, live music and all the rest of the best things Summit has to offer.