Dear Eartha, I heard that plastic bags might get banned in Colorado. Is that true? What’s the timeline?

Earlier this winter, the Dillon Town Council opted to ban plastic bags and foam takeout containers starting in August of 2021. Breckenridge and Frisco will ban single-use plastic bags starting in September. Additionally, state legislators introduced a bill to ban single-use plastic bags and foam food containers throughout Colorado. It’s not the first time such legislation has been attempted at the state level, and already, the debate is heated. Let’s take a closer look.

What is single-use plastic?

Each year, humans produce 300 million tons of plastic. Half that – 150 million tons – is used just once, for minutes, before it’s discarded. Hence the name single-use plastics. Flimsy plastic shopping bags are just one example. Other culprits include plastic packaging and food service items like plastic utensils and takeout containers.

The most dramatic pictures of plastic waste include strangled seabirds and fish with plastic bits in their bellies. But the issue doesn’t stop at the beach. When plastic litter bakes in the sun (on local trails), it breaks down into tiny pieces that end up in drinking water, and ultimately, our bodies. Studies have found those tiny pieces of plastic – called microplastics – in the farthest reaches of Rocky Mountain National Park and in 94% of tap water samples collected in the US. Microplastics have been shown to absorb toxic chemicals and release them once consumed by fish and mammals. Yikes. Bag bans not only address waste in our rivers, lakes, and landfills, they reduce the amount of single-use plastics making it into our environment, and hence, our bodies.

The Towns of Breckenridge, Frisco, and Dillon banned single-use plastic bags. If retailers in Breckenridge and Frisco choose to offer paper bags to their customers, those bags must be made of at least 40% recycled materials. In many cases, customers will be required to pay a fee for each paper bag used.

While the bans are set to begin in August or September, some officials were open to discussing the timing based on pandemic impacts. Currently, Breckenridge and Frisco charge fees for each single-use bag distributed. Despite those fees, both towns saw extensive distribution of single-use bags, even before the pandemic took hold.

A state statute referred to as preemption, technically bars Colorado towns from banning plastic bags and other items, yet several communities beyond Summit – Telluride, Aspen, Steamboat, and most recently Fort Collins – moved ahead with bag bans. For several years now, lobbyists and legislators have attempted to repeal Colorado’s preemption, and this session is no exception.

To complicate the matter, Colorado Senate Bill 180 was introduced shortly thereafter and would impose a fee on plastic food packaging. Those fees would create a grant program to incentivize new and expanded recycling programs. The second bill, which is backed by the American Chemistry Council (a lobbyist group for large plastic producers like ExxonMobile, DuPont, and 3M), is seen by some as a major distraction. Opponents take issue with SB-180 because it doesn’t address the problem – an overwhelming glut of single-use plastics.

With both bills still under consideration, now is the time to call your legislators. Use state’s Find My Legislator tool to find contact information based on your address. Some feel there is room for both bills. But with nearly 150 million tons of single-use plastics leaching into our environment every year, I’m supporting HB-1162 to reduce single-use plastics altogether. 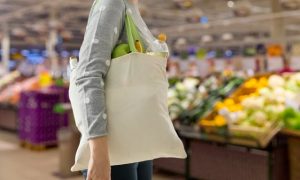 As for your daily life, say no to single-use plastics whenever possible. That could mean bringing your own bag or reusable mug and opting for real dishware at summer cookouts. As the world’s appetite for single-use plastics increases, consider where you can make the switch to reusables. And most importantly, call your elected officials.

Submit questions to Eartha at  info@highcountryconservation.org. 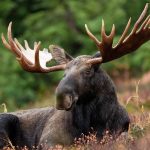 ASK EARTHA: What to Do When You See a MooseAsk Eartha 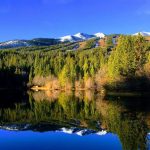