ASK EARTHA: Solar Energy – How to Get Started

Dear Eartha, Last year, my neighbor installed solar panels on her roof, and she loves them. I’m interested in solar now, too. How do I get started?

When you pause to think about it, solar energy is pretty rad. The most abundant source of energy on Earth, it powers nearly everything around us – growing the food we eat, giving energy to plants to produce oxygen, driving ocean currents, and creating weather patterns. Every second, enough solar energy hits the Earth to supply 10,000 times humanity’s energy needs! So it’s little wonder people worship the sun. And in an impressive feat of engineering, solar energy can also be collected and turned into electricity for our buildings. How?

Without going full energy-geek on you, solar panels work by turning particles of sunlight – called photons – into electrons. Circuits within the panels take those electrons and convert them into electricity. That electricity is fed through an appliance called an inverter, which transforms it into useful electricity for your home.

What’s also amazing is the growth of the solar industry. Major advances in panel efficiency have led to significant cost decreases, which is fueling (no pun intended) rapid solar expansion across the country. Solar energy is now one of the cheapest sources of energy we can use to power our homes and buildings – in fact, it’s cheaper than coal. Because of that, over 40 percent of all new electricity-generating capacity installed in the US last year was solar (another 38 percent was wind).

And we can’t ignore the environmental benefits. Solar panels don’t burn fossil fuels, they don’t have smokestacks, and they won’t cause a brown cloud over the Front Range. In Summit County, nearly 40% of our greenhouse gas emissions come from electricity. The more solar we install – whether on rooftops or on Xcel Energy’s grid – the more we help to fight climate change.

What’s the process for installing solar on your roof? First, you’ll want to work with a solar installer to determine how much roof space you have available, what direction your roof faces, and if you have any shading from nearby trees or neighboring homes. These are all important factors for deciding whether solar is a good investment. For most folks, it’s not worth spending thousands of dollars on a system that won’t generate a lot of electricity.

Once you’ve figured out your roof situation, it’s time to get started! After securing permits, most installations can be completed in a day. Your system won’t be turned on as soon as it’s installed, because it’ll have to be inspected by the utility company and your local government building department, too. But after that, your panels will be generating clean, green electrons every hour the sun is shining.

To sweeten the deal, AES is offering discounts to everyone who participates – and the more folks who sign up, the bigger the discounts will be. Even better, Breckenridge, Frisco, and Summit County governments are pitching in $1,500 to their residents that sign contracts (for Summit County rebates, folks must live in unincorporated areas). The federal government also wants to pay you to go solar. The CARES Act passed last year extended the federal tax credit for solar panels, so you can still take advantage of a 26 percent tax credit on your 2021 taxes.

In the past two years, over 100 Summit locals have installed solar on their rooftops through the Solarize program. Most of these systems can produce 100 percent of the electricity used in each home every year. That means that not only are you going green, you’re also saving green: generating your own electricity means paying less on your utility bill.

Want to learn more? Check out the free Solarize Summit informational webinar hosted by HC3 Tuesday, March 30 from 6 – 7 PM. Click here to register for the event. 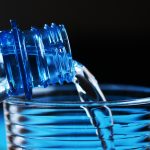 ASK EARTHA: Which is Best – Bottled or Tap WaterAsk Eartha

ASK Eartha: How to Reduce Roof Icicles and Ice DamsAsk Eartha
Change Location
To find awesome listings near you!