Dear Eartha, I’ve been hearing about big changes in environmental policy now that President Biden has taken office. What are the most important things to know?

It’s been just two weeks since President Biden took the oath of office, and already we’ve seen a rush of environmental action coming for the White House. And while this flurry of activity doesn’t quite make up for the lack of flurries coming from our skies, it’s a huge relief to environmental advocates like me. Because for the first time in years, our country is poised to reassert the strong environmental leadership we first flexed in the 1970s. Here are the highlights:

One of Biden’s first actions as president was to rejoin the Paris Agreement – the pact signed by 195 countries (nearly every nation in the world) committing the global community to reducing greenhouse gas emissions so we avoid the worst impacts of climate change. Just before signing the executive order, Biden remarked, “We’re going to combat climate change in a way we have not before.” For the country that has produced more carbon pollution than anyone else, this ambition is long overdue. To get us started, Biden set a goal for the U.S. to generate carbon-free electricity by 2035 and for the entire economy to be carbon neutral by 2050.

President Biden also cancelled the permit for the Keystone XL pipeline, a controversial project that planned to transport crude oil from Canada to refineries on the Gulf of Mexico. He directed the federal government to stop spending $15 billion a year in subsidies to the oil and gas industry. He paused new oil and gas leases on federal lands. And he committed the government to transition its vehicle fleet to American-made electric cars and trucks. All in a day’s work!

Backing this agenda is a who’s-who of environmental heavyweights, including former EPA Administrator Gina McCarthy and former Secretary of State John Kerry in two new climate-advisory roles. Kerry will have a seat on the National Security Council, indicating that the administration takes the geopolitical threat of climate change very seriously. And McCarthy will work with federal agencies to ensure they all have plans for reducing carbon emissions.

Biden also nominated New Mexico Representative Deb Haaland to serve as secretary of the interior. If confirmed, she’d be the first Native American Cabinet secretary, and she’s promised to be a fierce protector of the planet and our public lands.

Across the country, low-income communities and communities of color suffer disproportionately from the impacts of pollution – from kidney disease and respiratory illness suffered by people living downwind of hog farms in North Carolina, to Native Americans fighting to protect tribal lands from water-polluting pipelines, and increased incidence of cancer among neighbors of the petrochemical plants that dot the Gulf Coast. And let’s not forget the drinking-water crisis in Flint, Michigan.

Now, after several years of neglect – and decades of minimal change – environmental justice is back in the spotlight. Two new White House councils are tasked with strengthening environmental justice initiatives at the EPA, Department of Justice, and Department of Health and Human Services. And all federal agencies have been directed to develop policies that address the unfair health, economic, and environmental burdens placed on disadvantaged communities. Whether these initiatives will be enough to adequately address decades of systemic environmental racism remains to be seen, but the renewed focus is certainly a step in the right direction.

From DC to Summit County

These federal initiatives are a huge win for Summit County. We know that climate change could have a devastating impact on our state’s winter recreation economy. And while we’re doing our best to fight climate change at home by adopting the Climate Action Plan, implementing new building codes, and preparing for the transition to electric vehicles, the reality is that we need the entire country committed to the same climate goals. So, what I’m on the lookout for next are new programs and incentives that make it easier for local communities and individuals to step up their efforts.

You know what I find encouraging? All these initiatives came from just two executive orders. Imagine what we can accomplish by making climate action a priority for the next four years, the next decade, and beyond. 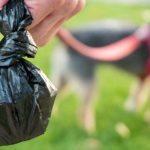 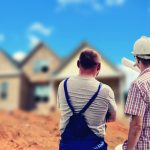