Dear Eartha, My gas stove is on its last leg. When I was looking for replacements, I read that  gas appliances can cause poor air quality. I love cooking with gas, but is it healthier to cook with an electric stove?

With the average American spending nearly 90 percent of their time indoors – maybe even more in our current COVID-19 era – it’s worth asking about the quality of your indoor air.  Because according to the U.S. Environmental Protection Agency (EPA), the quality of air indoors is often more polluted than the air outdoors – in some cases, indoor air is so dirty that it would violate federal clean air standards if it were outside! And unlike outdoor air, no one is regulating the air we breathe indoors. So, while our homes are ultimately designed to provide us shelter and security, if were not careful, they can also make us sick. One culprit of our less than ideal indoor living conditions? You guessed it, gas fired ovens and cooking ranges.

No matter what your cooking fuel, it’s critical to address adequate kitchen exhaust ventilation. Because whether you’re cooking with gas or electric, the mere process of heating food emits tiny particles into the air that can exacerbate respiratory problems.  Whilst cooking, be sure to turn on your kitchen vent so that it exhausts all the polluted cooking air outside.

If you’ve got a microwave above your stove, you might already have an exhaust venting feature. Look for a button that says “vent fan” or something similar. When you turn on the fan, the microwave filters the stale air and recirculates it right back into the kitchen. If your microwave doesn’t have a fan or you don’t have a standalone vent hood, you can install a dedicated vent to push stale air through a series of ducts straight out of your home. These venting features are in-place to help maintain a healthy indoor air quality and should be used religiously while cooking.

Now that we’ve established that ventilation is super important no matter how you cook, let’s return to the gas vs. electric debate. Turns out, your gas cooking appliance is contributing some nasty pollutants your indoor environment. In fact, research suggests the average gas range produces two times as many air pollutants as its electric counterpart. Besides food, what is your gas stove cooking? A new report from the Rocky Mountain Institute lists nitrogen dioxide, carbon monoxide, and formaldehyde. Nitrogen dioxide (NO2) is a well-studied air pollutant. Chronic exposure is especially bad for children; it can cause respiratory distress, increase risk of asthma, reduce cognitive performance, and even lead to cancer. EPA research has found that homes with gas stoves can measure between 50 to 400 percent higher levels of NO2 than homes with electric stoves.

Homes equipped with gas ranges often test for higher levels of ambient carbon monoxide (CO). While CO poisoning is highly unlikely with a properly functioning gas cooking appliance, even long-term exposure to low-levels of CO can exacerbate cardiovascular illnesses. It should go without saying that if you have any combustion appliances in your home, a CO detector should be installed and regularly tested.

On the Brighter Side

These potential health hazards aren’t the only shortcomings of gas appliances. Not only do electric cooking appliances help maintain a healthier home, but they also play a role in a global effort to fight climate change. How? Through electrification – switching away from gas in favor of electricity for heating, cooking, and driving. Electrifying traditionally gas-powered appliances reduces our reliance on non-renewable fuel sources. And as our electricity grids are increasingly powered with renewable energy, the emissions our homes and cars produce dramatically decrease.

Not psyched about electric cooking? If you’re envisioning traditional electric coil cooktops, you’re living in the past! Modern electric ranges feature induction cooking technology, which uses far less energy than a standard coil cooktop. Through induction cooking, heat is transferred directly to the cooking vessel, not the cooktop itself. Because of this, induction cooking technology is extremely energy efficient, fast, precise, and leaves a safer cooktop with surface temperatures cool enough to touch seconds after boiling a pot of water. For me, induction is the new standard for cooking appliance performance and a natural replacement for that gas unit. It’s safer, more efficient, and better for the planet. 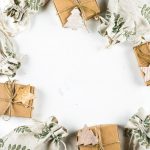 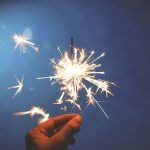