Dear Eartha, I thought the EPA was supposed to protect the environment, but this year there’s been a lot of talk about rolling back environmental regulations. What gives?

Climate change is knocking on our global doorstep. This summer, smoke from four major wildfires blanketed Summit County, one of which became the largest wildfire in Colorado’s recorded history. Our entire state saw higher than average temperatures and remains locked in prolonged drought. Meanwhile, California and the Pacific Northwest are ravaged by historically large fires. And in the Atlantic Ocean, tropical storms and hurricanes have been forming at an alarming rate – with two months of hurricane season left, the National Hurricane Center has already exhausted its list of storm names.

As we lose ourselves in the photos and media coverage, the federal government is wiping out scores of environmental regulations designed to protect public health, preserve wildlife habitat, prevent pollution, and slow climate change.

On the chopping block

While a full list of the 100 relaxed or revoked regulations is too much to print in this column, in the past four years, the federal government has:

What’s the outcome of all this deregulation? Rules limiting mercury emissions from power plants prevented between 4,000 – 11,000 premature deaths a year. Now, those protections are gone. Replacing the Clean Power Plan will increase air pollution, leading to 1,400 additional deaths and 48,000 new cases of asthma each year. And altogether, the rollbacks are estimated to increase US greenhouse gas emissions two billion metric tons by 2035 – more than the annual emissions of Britain, Canada, and Germany combined. Of course, climate change will cause additional death and disruption due to sea level rise, heat waves, stronger hurricanes…the list goes on.

Let’s pause for a brief history lesson. There was a time in the United States when smog plagued our cities. Rivers were so polluted they caught fire. Pesticides were applied liberally, killing birds and wildlife, and poisoning waterways. Toxic waste dumps caused birth defects, miscarriages, and other illnesses.

Over time, American citizens began to understand the important connection between environmental health and public health. Awareness spread across the country, and 20 million Americans participated in the first Earth Day on April 22, 1970. This burgeoning activism led to the creation of many important environmental laws and institutions, including the US Environmental Protection Agency (EPA), the Clean Air Act, and the Clean Water Act. In fact, the 1970s were so foundational for environmental protection that the era has been dubbed the “Environmental Decade.”

Today, the mission of the EPA is to protect human health and the environment by providing “clean and safe air, water, and land for all Americans.” Given this mandate, what’s the deal with rolling back environmental protection? In a nutshell, economics. Some industry groups complain that the price of compliance is too high. They argue that the associated costs will lead to job and profit losses. But these arguments often exaggerate the costs while undervaluing the benefits to public health. For example, an EPA analysis of the Clean Air Act found that within two decades of its enactment, the law was saving 200,000 American lives a year and had already provided over $22 trillion in benefits.

Many industries support these long-standing environmental regulations. Last year, many automakers, utility companies, and the US Chamber of Commerce petitioned the government to maintain existing regulations because regulatory predictability allows them to make important investment decisions.

Life, liberty, and a clean environment

Of course, we need industry to provide goods, services, and jobs. But at what cost? Should corporate profit come at the expense of public health and a clean environment? Shouldn’t businesses be on the hook to clean up their pollution? The founders of our country believed that all Americans had certain unalienable rights, in particular life, liberty, and the pursuit of happiness. How can we claim to honor these rights when we allow some people to pollute air, water, and land at the expense of others’ health and well-being? This election season, these are important questions to consider. 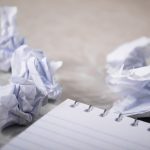 ASK EARTHA: How to bring sustainability to workAsk Eartha 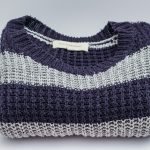 Ask Eartha: How to recycle or donate clothingAsk Eartha
Change Location
To find awesome listings near you!